At the end of 2009, I set up my own version of the iconic Action at Blasthof Bridge from Charge.
Here are some shots of the layout: 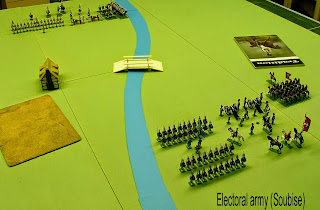 Second picture (below) shows Imperial Army closest to the camera. 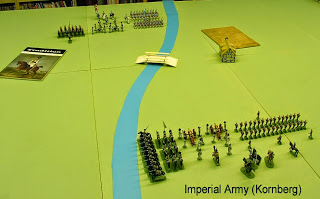 The pictures above included the use of the very same issue of Tradition magazine for the Blasthof Berg that had been used in the original game in the book.
I then produced my own version of the hill (seen in the pictures below) to replace the magazine... progress, old chap! 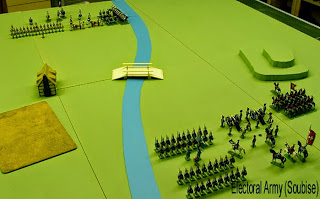 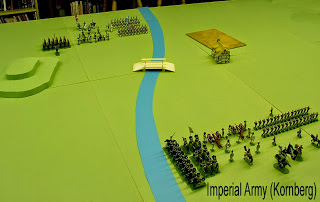